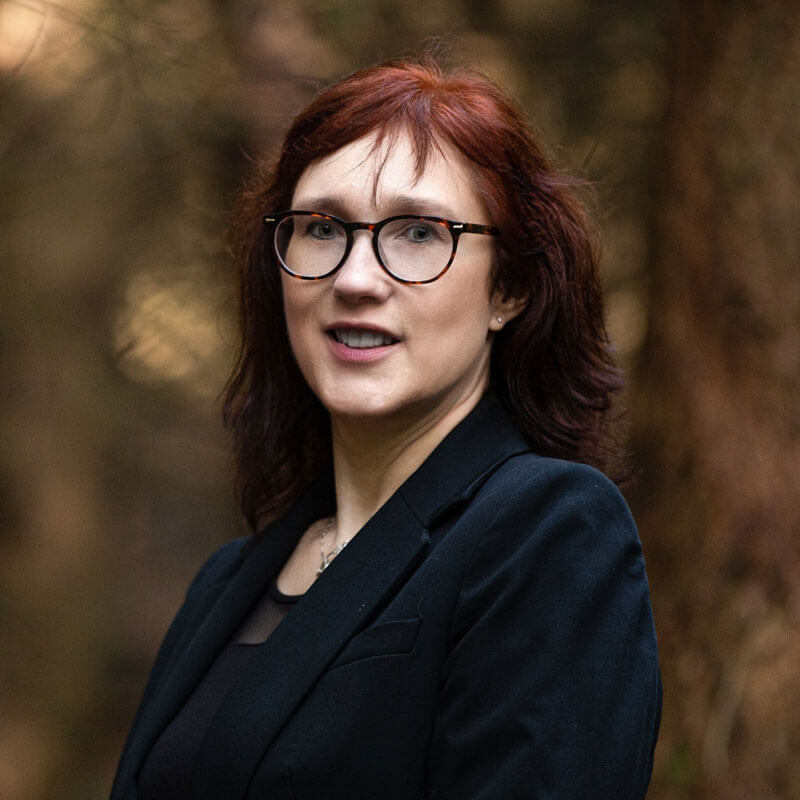 The door to the back bedroom hung open.

Pausing at the top of the narrow wooden stairs, Garda Cathy Connolly could just see inside, could see what looked like the entire contents of the wardrobe flung over the polished floorboards, underwear scattered across the room like litter. The sun, winter weak, played through a window opposite the door, its light falling on something cream, illuminating it bright against the dark denim and jewel colours of the tumbled clothes on the floor.

Cathy’s stomach turned again and she closed her eyes, willing the sickness to pass. There was a riot of smells up here, beeswax, ghostly layers of stale perfume, something musty. She put her gloved hand to her mouth and the smell of the latex, like nails on a blackboard, set her teeth on edge.

Until thirty-six hours ago Cathy had been persuading herself that her incredibly heightened sense of smell and queasiness were the start of a bug. Some bug. But right now her problems were something she didn’t have the headspace to deal with. She had a job to do. Later, when she was on her own in the gym, when it was just her and a punchbag, that was when she’d be able to think. And boy did she have a lot to think about.

Pulling her hand away from her mouth, Cathy impatiently pushed a dark corkscrew curl that had escaped from her ponytail back behind her ear. Too thick to dry quickly, her hair was still damp from her early-morning training session in the pool, but that was the least of her worries. She folded her arms tightly across her chest and breathed deeply, slowly fighting her nausea. Inside her head, images of the bedroom whirled, slightly out of focus, blurred at the edges.

When the neighbour had called the station this morning, this had presented as a straightforward forced entry. That was until the lads had entered the address into the system and PULSE had thrown up a report from the same property made only the previous night. The householder, Zoë Grant, had seen a man lurking in the garden. Watching her. Cathy would put money on him doing a bit more than just watching. One of the Dún Laoghaire patrol cars had been close by, had arrived in minutes, blue strobes illuminating the lane. But the man had vanished. More than likely up the footpath that ran through the woods from the dead end of the cul-de-sac to the top of Killiney Hill.

And now someone had broken in.

It was just as well Zoë Grant hadn’t been at home.

Cathy thrust her hands into the pockets of her combats and fought to focus. Christ, she was so sick of feeling sick. The one thing that Niall McIntyre, her coach – ‘The Boss’ – drilled into her at every single training session was that winning was about staying in control. Staying in control of her training; her fitness; her diet.

Staying in control of her breakfast.

And she’d got to be the Women’s National Full-Contact Kickboxing champion three times in a row by following his advice.

Below in the hallway, Cathy could hear Thirsty, the scenes-ofcrime officer, bringing in his box of tricks, its steel shell reverberating off the black and white tiles as he called up to her.

‘If this one is Quinn, O’Rourke will be delighted. Have a look at her shoes; he’s got a thing about bloody shoes. Lines them up and does his thing . . .’ The disgust was loud in his voice.

Trying to steady herself, Cathy took a deep breath. DI Dawson O’Rourke might be dying to nail ‘Nifty’ Quinn, but she knew he wouldn’t be at all impressed if he could see her now. Dún Laoghaire was a new patch for him, but they went way back. And . . . Christ, this wasn’t the time to throw up.

Shoes. Look for the shoes.

‘The place is upside down, there’s . . .’ Her voice sounded hollow. But what could she say, there’s a bad smell? No question that would bring guffaws of laughter from Thirsty. And she was quite sure no one else would be able to smell it; it was like the kitchen back at her shared house. If Decko, their landlord, or one of the other lads she rented with had left the fridge open or the lid off the bin, she couldn’t even get in the door. Thank God they hadn’t noticed. Yet. Decko fancied himself as an impersonator and there was no way she was ready to be the butt of his jokes.

Taking a deep breath, Cathy edged through the door, the heels on her boots echoing on the wooden floorboards. Downstairs she heard another voice. The neighbour this time, calling from outside the front door.

‘How are you getting on?’

‘Grand, thanks. A member of the detective unit is examining upstairs.’ Cathy could tell from his response that Thirsty had his public smile in place. ‘Any sign of Miss Grant?’

‘Zoë? Not yet. I’ll try her again in a minute. It’s going to be an awful shock. He didn’t take that big painting, did he? The old one of the harbour? I’ve always loved that.’ The neighbor paused, then before Thirsty could comment continued: ‘Is there anything I can do? Can I get you a cup of tea?’

Listening to Thirsty making small talk, Cathy focused back on the room. She needed to pull herself together and get on with this. They couldn’t hold Nifty Quinn for ever. She could hear O’Rourke’s voice in her head.

What had he been looking for? Cash? Jewellery? Or some sort of trophy? This didn’t feel like a Nifty job to Cathy, and she’d seen enough that were. Whatever about him being picked up in the area this morning acting suspiciously, and his thing for single women, this felt different, more personal. But only Zoë Grant would know for sure if anything was missing. A lipstick? A pair of knickers?

Cathy had seen worse, but standing here in the ransacked bedroom, her six years on the force didn’t help make her feel any less unclean. How would the woman who lived here feel when she got home? Someone had been in her bedroom . . .

Cathy scanned the tumble of fabrics on the floor. The cream silk was a misfit with the blacks, purples and embroidered blue denim. The colour of sour milk, it looked like a . . . wedding dress?

Bobbing down on her haunches, Cathy let the folds of milky fabric play through her fingers. The disturbance released more of the ancient perfume, the scent jangling like a set of keys. The silk had torn where it had caught on a nail in the wardrobe door, minute stitches unravelling along the hem, opening a deep cleft in the fabric. Tugging gently, Cathy tried to lift it from the pin. The seam widened and she caught a glimpse of something dark inside.

What the feck was that?

Whatever it was had fallen in deeper as she moved the silk. Leaning forward, Cathy teased the two edges apart with her fingertips, trying to get a better look.

‘Thirsty, have you got a torch down there?’ Cathy’s voice was too loud in the stillness of the room. Then she heard Thirsty’s footsteps on the stairs and a moment later his greying head appeared in the doorway, a heavy rubber torch in his hand.

‘Not sure.’ Frowning, she stood up to take the torch. ‘There’s –’ A voice calling from downstairs interrupted her.

Thirsty rolled his eyes. ‘Jesus, it’s the bloody neighbour back. Call me if you need me.’

Cathy flashed him a grin and, crouching down again beside the pile of clothes, played the torch over them, double-checking before she went back to the dress. Looking for what? She wasn’t sure. Fibres? Blood? She shook her head half to herself.

This was something different. She could feel it in the pit of her stomach, could feel the hairs rising on the back of her neck.

What was she expecting to find? Had the guy who had been here left some sort of gift? Like Nifty? Christ, she hoped not. Normally she could take all of that in her stride, but today she wasn’t so sure.

Cathy suddenly realised she was feeling nervous – which was stupid. What could possibly be in an old dress, in a room like this, that was making her heart pound? She’d been in the force too long, had seen too much for this to spook her. But for some reason it was, and spooking her badly. Cathy could feel her palms sweating, absorbing the talc on the inside of her blue latex gloves. Were her hormones making her supersensitive? This was crazy.

Clearing her throat, she swung the beam of the torch onto the gap she had made in the creamy silk. There was definitely something there. Cathy eased back the seam, opening the fabric to the torchlight.

Shards of what? Something old. The rhyme took off like a kite inside her head. Something old, something new . . . Shaking it away, she lifted the weight of the silk and, holding the torch up, slipped her fingers into the seam, prising it apart. The stitches were minute, little more than a whisper along the hemmed edge.

Then she saw them. More shards. Tiny, twig-like, tumbling as the fabric moved. And in a moment of absolute clarity she realised what they were.

Bones. Tiny bones. The unmistakable slant of a jaw, the curve of a rib.

‘Thirsty, I need you up here now!’

This was going to make O’Rourke’s day. First the FBI – and now this…

Pick up your copy online here! 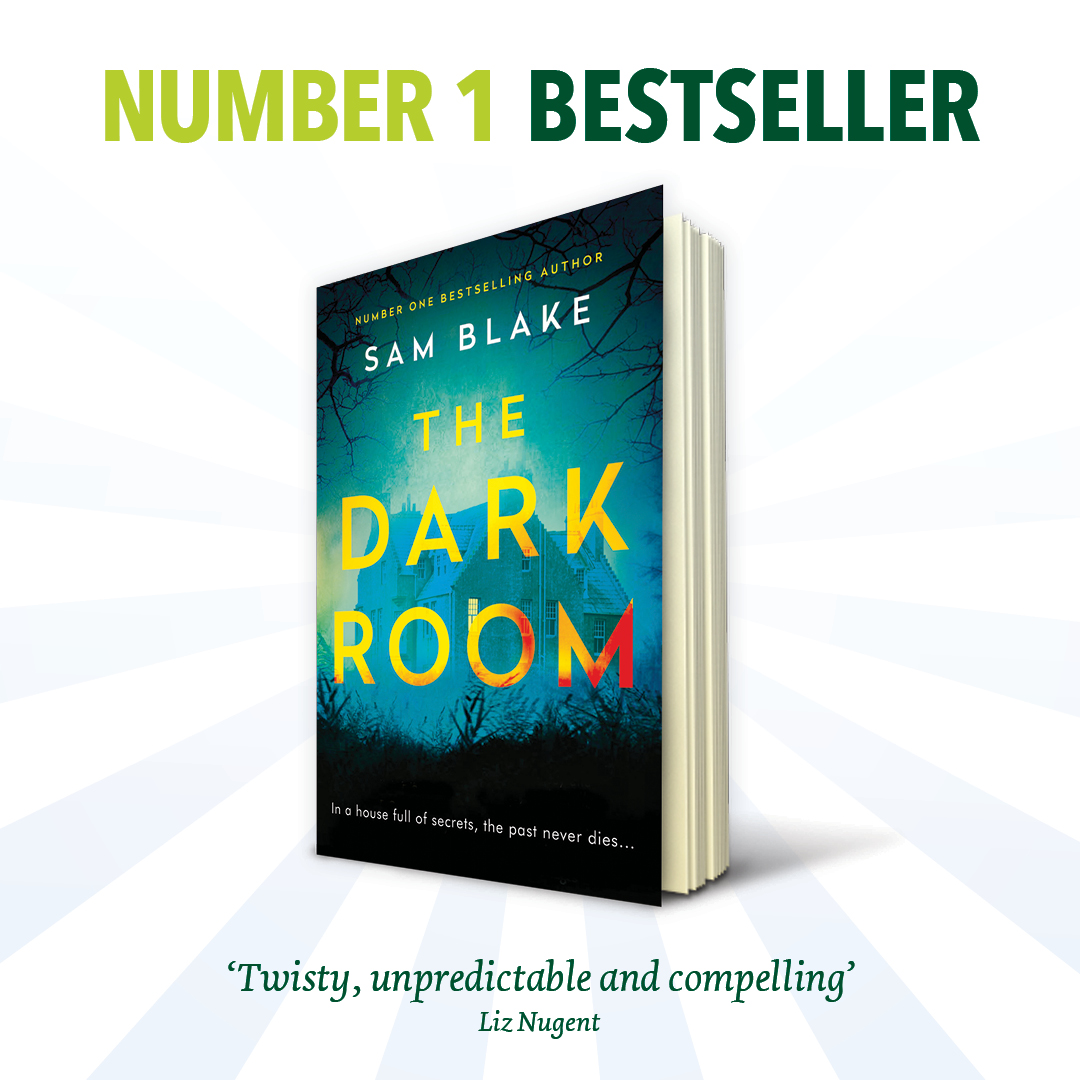 The Dark Room: Eason No 1 Bestseller!

I’m absolutely thrilled with the response to The Dark Room, it’s hit the No 1 slot in Eason for THREE weeks in a row, and 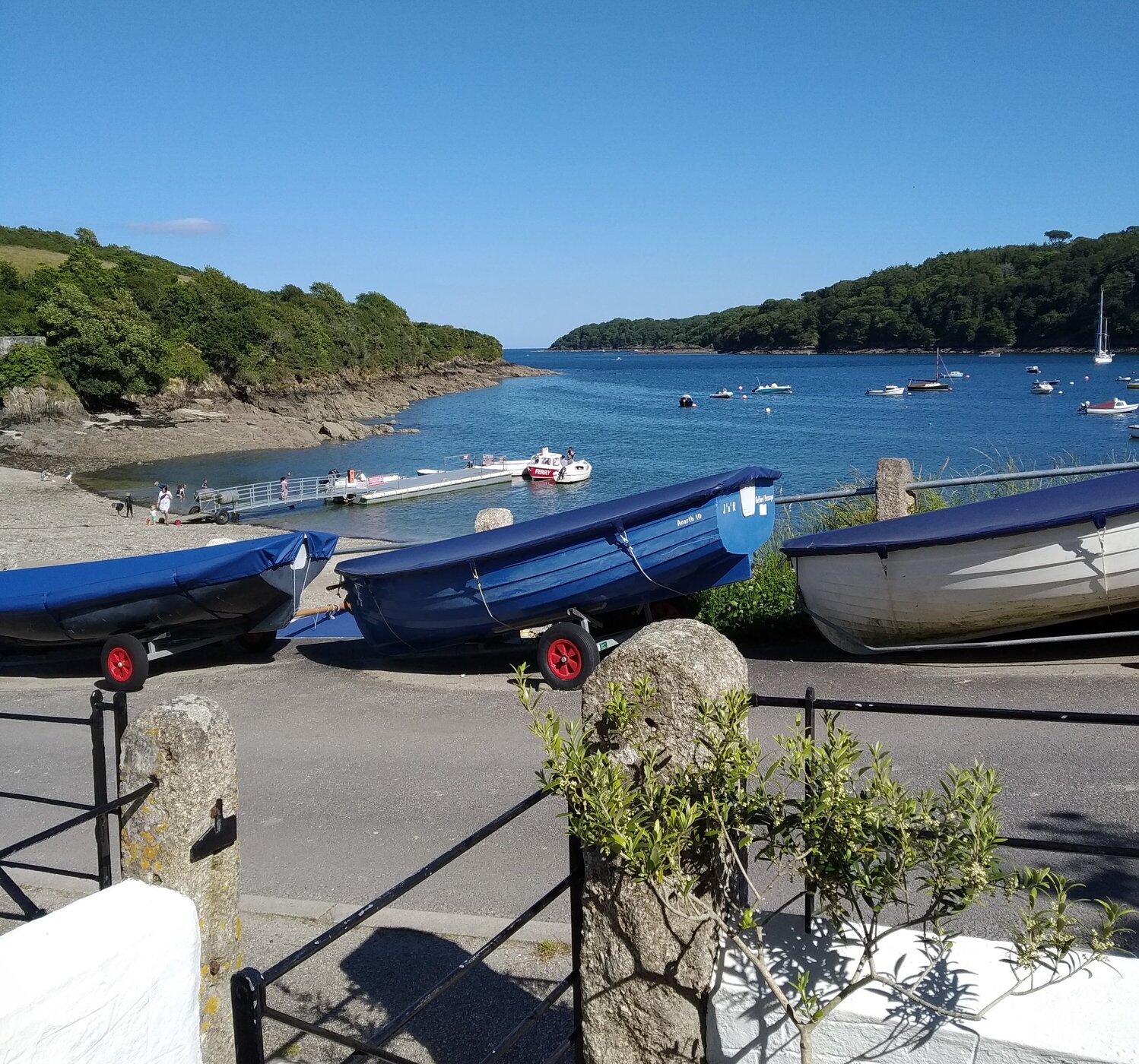 Inspiration comes at the strangest times. I write when I’m on holiday (in fact I write ALL the time), and I was just finishing a 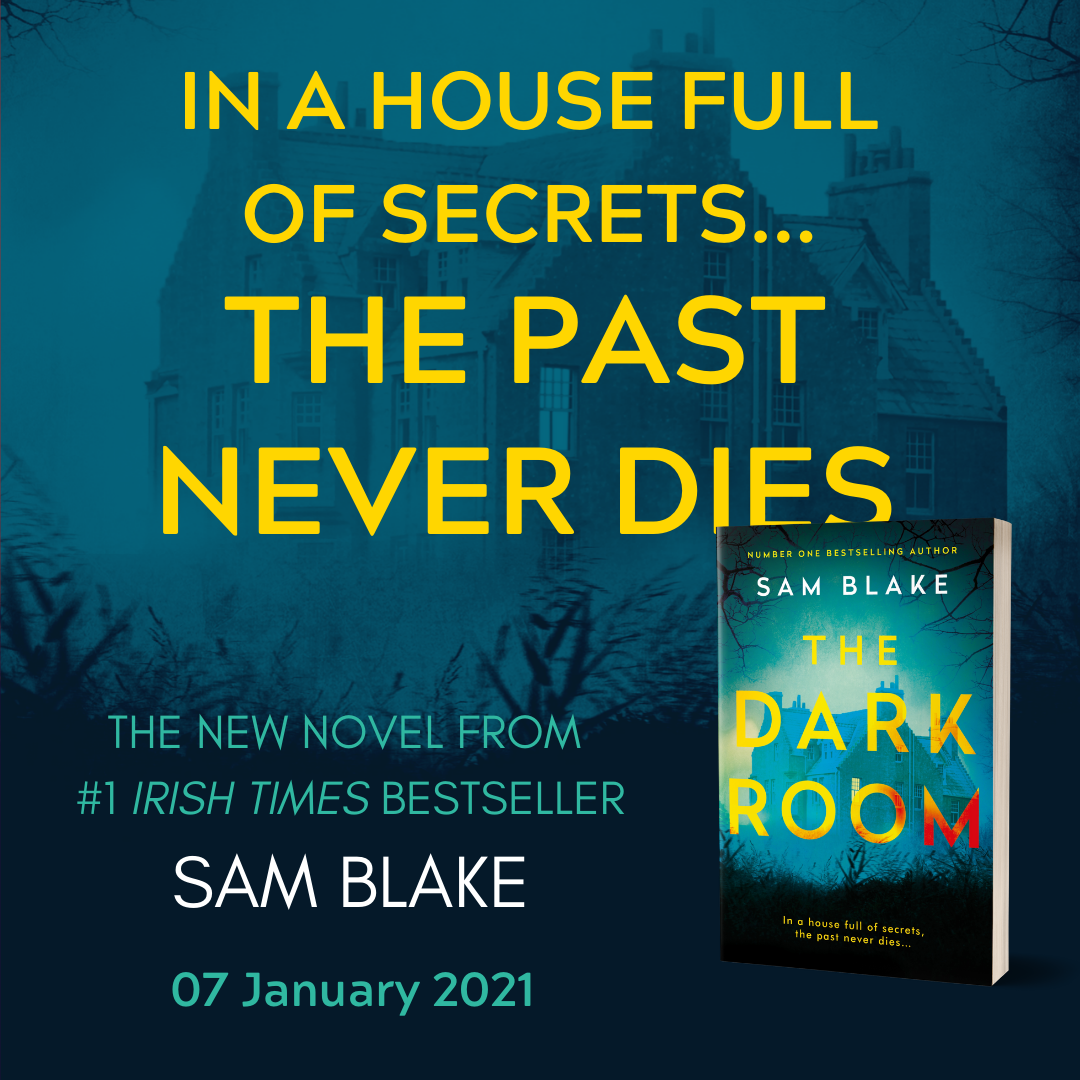 The Dark Room: Launching in Lockdown

It’s launch week for The Dark Room, but in these strange times we have to adapt! I normally have two launches for each book –