Inspiration comes at the strangest times. I write when I’m on holiday (in fact I write ALL the time), and I was just finishing a book that I thought would follow Keep Your Eyes on Me – another standalone, but set in London rather than Ireland –  when an image popped into my head that wouldn’t go away.

It was the height of summer, and I was in Helford Passage, Cornwall, where we’ve been going every summer for three weeks for about fifteen years. I was sitting beside the river (only a few hundred yards from Frenchman’s Creek) when a picture arrived in my head of a dark-haired woman in green shorts, jogging down the beach, a German Shepherd lolloping along beside her. I could see her so clearly – her hair pulled up into a loose pony tail, her feet pounding the wet sand.

Directly across the river from where I was sitting is an old cottage and the ruin of what I discovered (with help from author Liz Fenwick who lives on that side of the river) was the original customs officer’s gaol. I felt sure the ruined building and the woman were somehow connected, but I had yet to find out how…

I didn’t know who the running woman was or what her story could be, but a few days later I visited Mel Chambers‘ ceramics studio in the nearby village, and I was struck by the hares on the tiles she makes. A print of running hares had recently lit a creative lightbulb in my head, and suddenly the story of a country house hotel called Hare’s Landing, with a ruin in the grounds, began to unfold – but it wasn’t in Cornwall, it was in Ireland, in West Cork.

In The Dark Room, Rachel Lambert is a film location scout based in London, who, trying to discover the story behind the death of a homeless man, Alfie Bows, is led to Hare’s Landing. In New York, crime journalist Caroline Kelly has been suspended – furious and needing a break, she books a holiday in West Cork. When the two meet, they discover that Hare’s Landing has a story of its own, one which someone doesn’t want them to uncover.

Below is the house that inspired Hare’s Landing itself, it’s a hotel in Falmouth called Merchant’s Manor – there are two large statues of dogs outside the porch (you can just see them here), although in The Dark Room they are hares. I often write here and plot in their beautiful book nook, and it was calling out to be in a book!

As I worked on the idea, getting closer and closer to what had actually happened at Hare’s Landing, I could hear violins and smell perfume – doors slammed mysteriously and it became clear that Alfie Bows, a violinist, and Honoria Smyth, the original owner of the house, were making their presence felt. I was almost at the end of the first draft when I discovered that in Irish mythology, hares are the messengers between worlds – and everything began to make sense.

This is the first time I’ve set a book in the same month that it’s being released, and while we can’t travel at the moment, I hope The Dark Room will give you a glimpse of January in West Cork – and Hare’s Landing, a house full of secrets…

There’s shades of Rebecca in this small-town mystery, full of atmosphere and menace and with a satisfyingly complex plot. The Dark Room is another winning page-turner from Blake and the perfect read for curling up in front of the fire on a winter’s night. Although with its shocking reveals and ghostly undertones, good luck getting to sleep afterwards…NY Times bestseller and Edgar nominated author, Catherine Ryan Howard.

‘Laced with creepy menace and dark characters that live in the mind… gets under the skin very quickly.’ Daily Mail

‘Thriller fans won’t be able to resist this ingenious thriller that is deftly crafted and beautifully plotted. Rich in atmosphere, intensity and suspense, Sam Blake’s The Dark Room is a gripping and tense chiller where the pages just turn themselves sure to go down a treat with fans of Lisa Jewell and C L Taylor.’ Bookish Jottings

“Blake cleverly blends Caroline and Rachel’s skills to create a formidable team of contemporary investigators, even as the Big House of Hare’s Landing and a number of references to Agatha Christie render The Dark Room a loving homage to the golden age of mystery detection.” Declan Burke The Irish Times

Pick up your copy here, in digital, audio or print: https://www.samblakebooks.com/books/the-dark-room/ 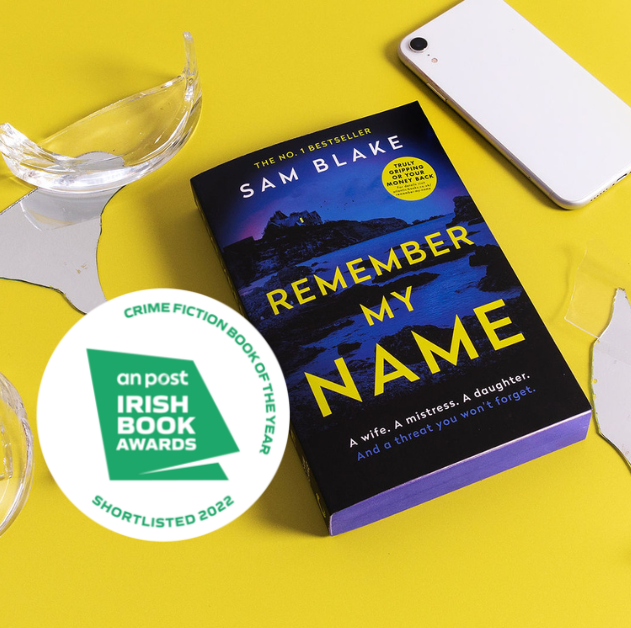 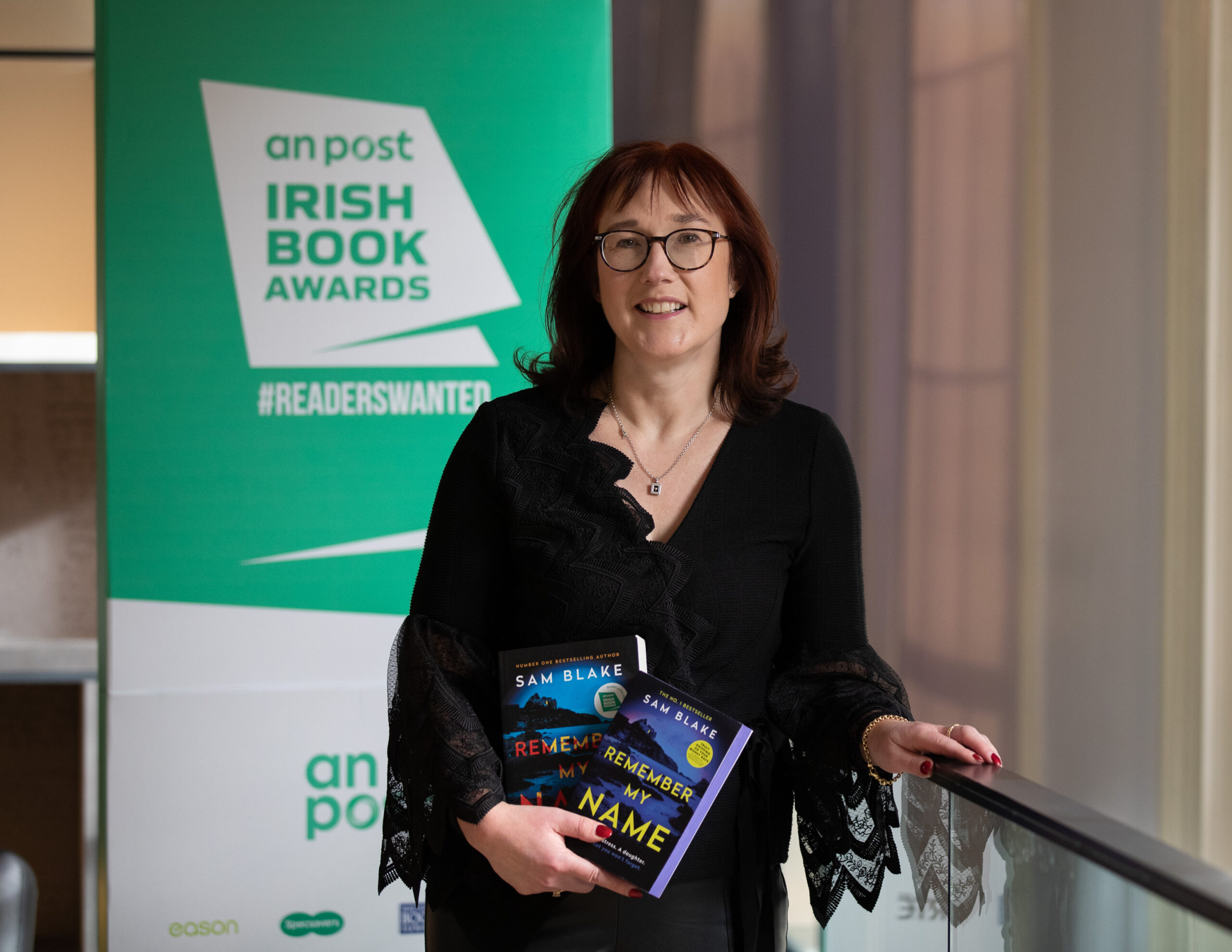 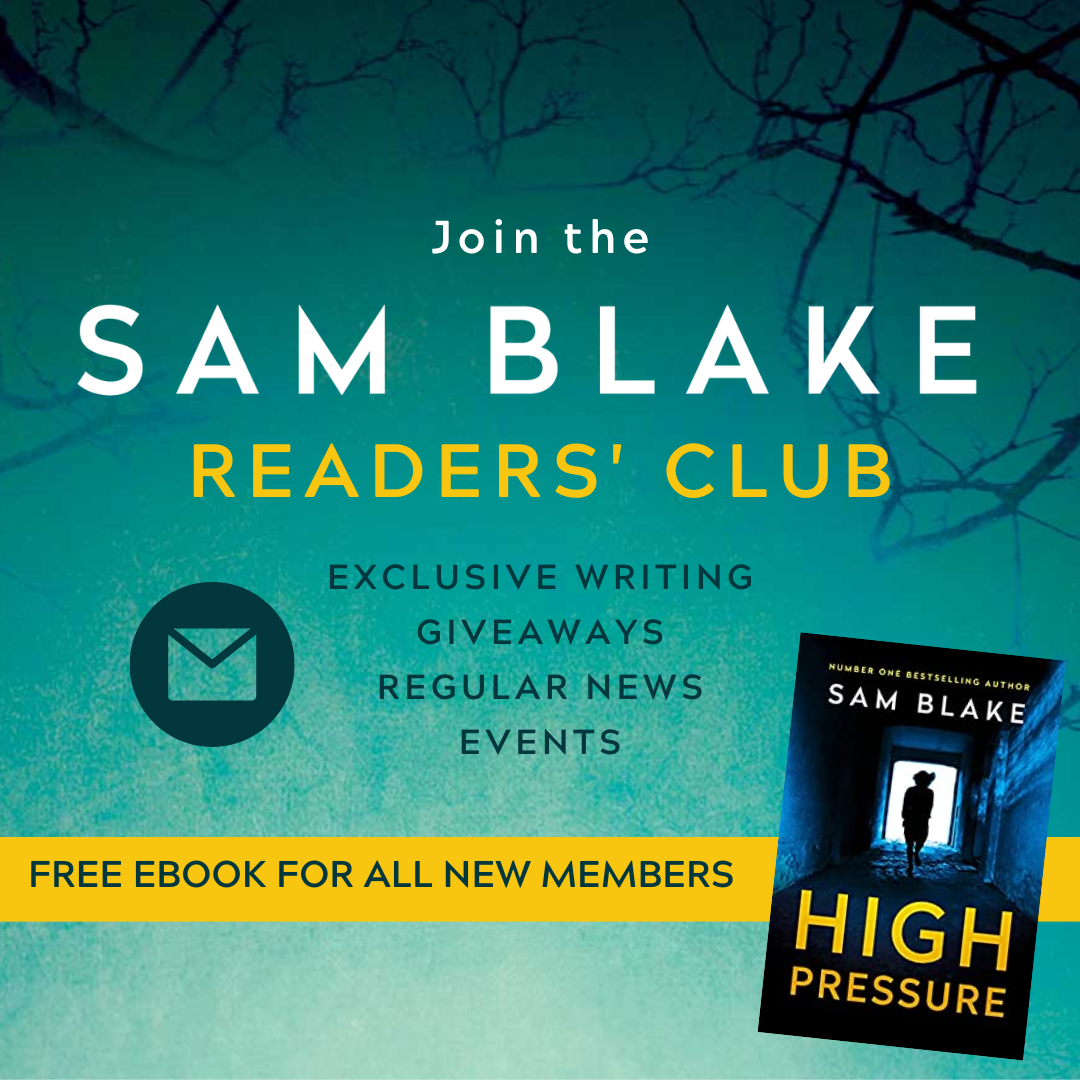 Join my Readers’ Club and get a free e-copy of my addictive thriller ‘High Pressure’!

Sam Blake Readers’ Club is a very special group dedicated to lovers of crime fiction, a place where I can give you an exclusive look behind the scenes, previews of what’s coming and a chance to chat to me directly at special Readers’ Club events – both on and off-line. Wherever you are in the world, the Readers’ Club will have something for you.