What makes a book a success? What’s that magic ingredient writers need to bring to their manuscript to make it fly off the shelves?

Ever since I started writing I’ve been fascinated by what makes a bestselling book. As an unpublished writer I voraciously read debut novels to find out just what those authors had that had attracted an agent, and then a publisher, and got them over the line. As my latest thriller (a complete change from the Cat Connolly trilogy of police proceduarals) Keep Your Eyes on Me hits the bookshelves, I’m launching a new podcast, talking to bestselling and award winning authors, agents, editors and publicists from right across the industry to find out what makes a book a success.

Join me, crime author Sam Blake, as I chat to bestsellers from every genre to find out what makes a book fly off the shelves in Behind the Bestseller. Discussing concepts and ideas, where stories come from and how authors develop them into what you see on the page, I will also be chatting to agents, editors and publicists to understand their part in the process.

I started writing fiction in 1999 when her husband went sailing across the Atlantic for 8 weeks, I was convinced that first (terrible) book would be a bestseller – but it took me a bit longer than I expected to get published and it was actually my the fifth book that became my debut novel. Little Bones hit the number one slot for four weeks and launched detective Cat Connolly into the world, as well as launching my writing career.

In ‘Behind the Bestseller’, I quizz authors on exactly what made the difference for them and dig into the detail of how brilliant stories are born and how they grow.

My first psychological thriller Keep Your Eyes on Me arrives on bookshelves in January 2020 – it’s ‘Strangers on a Train’ meets ‘Dial M For Murder’; TM Logan, bestselling author of the Richard and Judy Book Club choice, The Holiday says ‘Revenge is sweet in this deliciously entertaining thriller, as two women scorned aim to settle a few scores – with an ingenious plan that will have you cheering them every step of the way.’

Join me in ‘Behind the Bestseller’ to discover the insider secrets – subscribe now so you don’t miss an episode!

Her debut thriller, Distress Signals (2016) was an Irish Times and USA Today bestseller. It was shortlisted for the CWA John Creasey/New Blood Dagger and the Books Are My Bag Irish Crime Novel of the Year, and it won Best Mystery at the Independent Press Awards (USA). Pre-publication, it was optioned for television by Jet Stone Media and it has since been translated into five other languages, including Swedish, Chinese and Japanese.

Catherine’s second thriller, The Liar’s Girl, was a finalist for the Mystery Writers of America Edgar Award for Best Novel, previously won by Stephen King, Ian Rankin and Raymond Chandler, making her only the second ever Irish woman to be nominated for this award. The Irish Independent said ‘solid plotting … propels The Liar’s Girl forward at a terrific pace. In this, only her second book, Catherine Ryan Howard has certainly pulled off, with remarkable confidence, the notoriously difficult task of surpassing a debut novel that was met with critical acclaim and garlanded with awards.’ It was named a Best Book of 2018 by the Irish Independent and Crime Time (UK) and a Best Audiobook of 2018 by Library Journal (USA). In May 2019, it was included in The Guardian’s list of 50 Great Thrillers by Women written since 1945. The Liar’s Girl has been translated into five other languages, including Polish, Norwegian and German.

Catherine’s third novel, Rewind, is out now in the UK/Ireland and North America. The Irish Times called it ‘a top-class thriller, fast-paced and vividly rendered … [which] confirms its author as one of Irish crime writing’s leading lights,’ while the UK’s Daily Mail said ‘[the] third novel from the precociously talented Howard … confirms her position as a major new talent in thriller writing.’ Rewind entered the Irish Original Fiction bestseller chart at no.2 and was shortlisted for the Crime Fiction Book of the Year at the 2019 Irish Book Awards.

In March 2019, it was announced that Catherine had signed a major new deal with Blackstone Publishing that will see her publish a further six books in North America.

Catherine began her writing career self-publishing non-fiction – a memoir, Mousetrapped,  about her year spent working for Disney. She has delivered workshops on the subject for Faber Academy, the Irish Writers’ Centre and Guardian Masterclasses, among others. But her goal was always to write crime fiction and to get  published. Catherine was once obsessed with the idea of becoming a BSL4 virologist and she still hopes to be a NASA astronaut when she grows up. Catherine graduated with a BA in English Studies from Trinity College Dublin in May 2018.

Catherine has a lot to tell me about where her ideas come from, how she writes and what the secrets of multiple award nominations are! 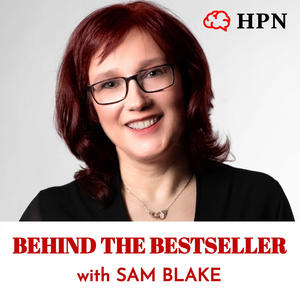